Today, French is spoken on every continent on earth—and locally, right here in Bloomington-Normal. Designated a critical language by the Department of Defense, French also functions as a working language of many major international organizations such as the United Nations, the Red Cross, the European Court of Justice, and the International Olympic Committee.

Studying French opens doors to careers in government, public service, tourism, hospitality, health services, business, law, technology, fashion, communication, and education. Studying French improves your written and spoken communication (even in English!), equips you to succeed in a global workforce, and encourages a broader perspective on what it means to be human.

Listen to this French minor describe her many takeaways from French studies at Illinois State.

In recent years, Languages, Literatures, and Cultures has noticed an increase in students majoring in Communication Sciences and Disorders (CSD) who also want to major or minor in a world language.

In recognition of Valentine’s Day, the executive board of Illinois State’s French Honor Society, Pi Delta Phi, reached out to ISU language clubs, students, faculty and staff who speak other languages to participate in the online Le mur de l’amour (the wall of love). 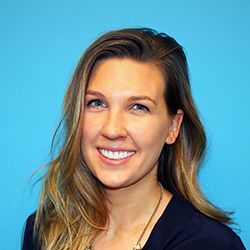 "The process of learning a foreign language educated me beyond grammar and linguistics. It has encouraged me to move out of my comfort zone, view the world from different perspectives and communicate while traveling abroad."