The Universidad de Granada is located in the region of Andalucia in southern Spain, a few kilometers from one of Spain's best ski resorts and less than an hour from the Mediterranean Sea.

Learn more about this trip through the Office of International Studies and Programs Study Abroad office.

Granada offers a semester or year-long experience. Students earn elective and required credit toward the Spanish and Spanish Teacher Education major as well as the Spanish minor. Students can also earn some General Education credit.

Course requirements by placement (once you arrive in Granada):

Students who have already taken either SPA 213 will instead earn Spanish elective credit (SPA 287) for taking these courses in Granada. This credit goes toward graduation, senior hours and any needed elective hours toward the Spanish major or minor.

Some of the courses in Granada also count toward General Education Requirements (FA, H, and SS). 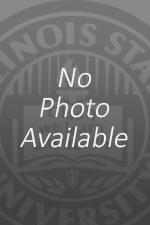